I have years of experience with complex Rails applications and mentoring newer developers. I’m extremely proficient with all parts of modern web applications including SQL and JavaScript, and I’ve been enjoying branching out to stricter functional languages like Elixir. I value TDD, constraints informing design, small objects, compassionate communication, and frequent knowledge sharing.

From 2005-2009, I worked in various capacities around Silicon Valley. After Intel, where I was a front-end lead, I worked for a couple startups as a front-end developer on their Rails products. During this time, I also consulted off and on for Yahoo and some small tech firms. Sumeet is a fantastic developer. Even more importantly, he has built a community in the heartland that trains and supports the next generation of engineers and entrepreneurs. I've worked with a lot of the best developers and designers in the Valley, and Sumeet's one of the most thoughtful people out there, both professionally and personally. That means that he attacks problems thoughtfully, either in terms of efficiently building a feature, or empathetically working with his coworkers with the users' needs in mind, or just generally enjoying the process of building a team. He's an outstanding addition to your company. Sumeet's excellence as an engineer and educator has been clear in both the work we've collaborated on and the students we've hired from his classes. It may be a cliché, but Sumeet really can keep his head while everyone else is losing theirs. He is smart, knows what he wants, and has a knack for diplomacy. Sumeet is able to advise in a way that fosters best practices and a true understanding of what the software is actually doing. 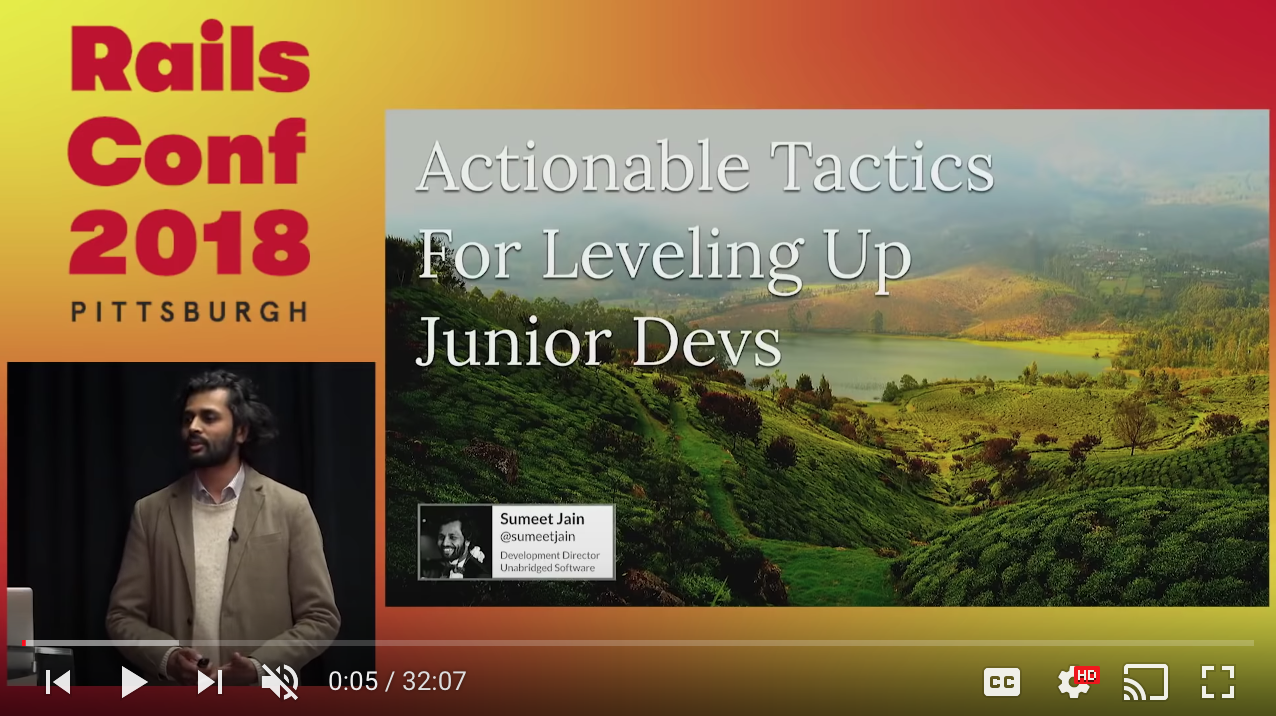 This presentation, first given at Rails Conf in 2018, is a no-fluff guide to better onboarding and mentorship. Over about 30 minutes, I describe a dozen features most engineering teams could add to their playbook within a day.

Diverse Feed is a social data project whose goal is to collect demographic information about people, cross referenced against their social media identities. Accumulation of this data could help to--for example--generate diversity reports for the people anyone follows on Twitter.

JavaScript Starter is a deliberately minimal boilerplate repo for absolute beginners learning programming. It's intended to simplify, even at the cost of presenting technically incomplete or arguably incorrect information, so that newcomers to coding can begin to tinker in their own development environments (as opposed to web-based REPLs).